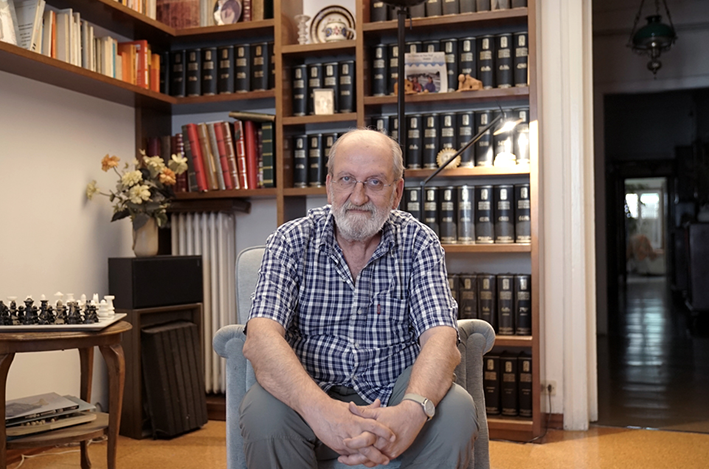 Jordi lives in a hotel. The building where he lives used to be a regular residential building, but one day the owner of the building had an idea: she decided to empty the building of residents to build a four-star hotel. What she hadn’t counted on was that Jordi is a stubborn and perseverant man, someone who wouldn’t give up so easily. All the tenants but Jordi were harassed into leaving over a period of several years, but he held on and was able to remain in his house. Even so, this has come at the price of having to live literally inside a hotel, as the owner went ahead and built it around Jordi’s flat.


The documentary shows what it’s like to live inside a hotel and how it feels to be swallowed up by tourism. We also discover an activist who is totally committed to his city and his neighbourhood. In fact, the film shows the process that brought him to become the newly elected president of Casc Antic Neighbourhood Association.