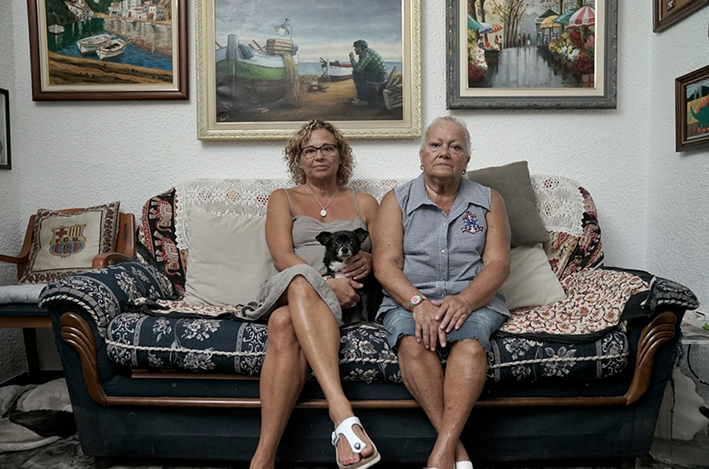 Pepi and Mai are mother and daughter. They are at the heart of an everyday family from the Barceloneta, Barcelona’s fishing neighbourhood and now the area that most suffers from rowdy, drunken tourists. They are strong, working-class women with attractive tans, and they speak frankly. They remain united despite the fact that their family has been torn apart by tourism and real estate speculation, with Mai’s son and her sister having had to leave the neighbourhood because they couldn’t afford the rents there. These women keep the family together and care deeply for their homes, but they are also committed to their neighbourhood and its people and ready to fight the unbearable tide of tourism that constrains their lives.


With them, we will witness the struggle of the neighbours and the emergence in Barcelona of social movements against mass tourism and the associated real estate speculation. We will also learn the personal story of Mai, who, after yet another summer surrounded by drunken tourists and their uncivil behaviour, is considering leaving the neighbourhood where she grew up.